How to Explain Autism to Children 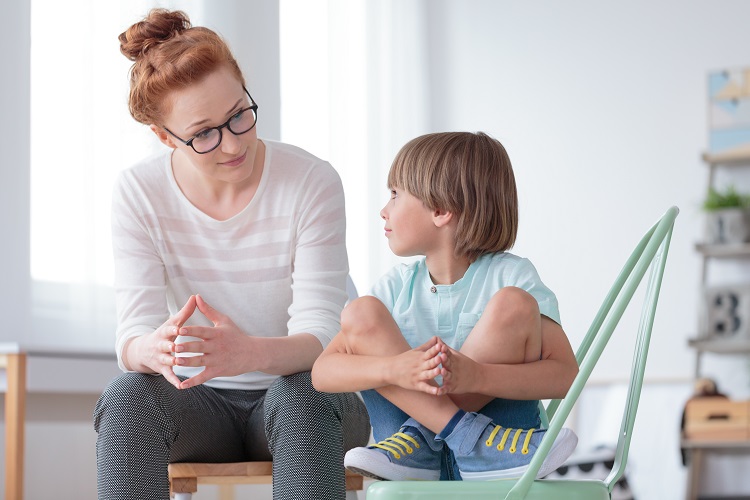 How to Explain Autism to Children

Big Bird was confused. The new, orange-haired girl playing on Sesame Street seemed like she didn’t want to talk to him or give him a high five. He was worried that she didn’t like him.

Of course, what the parents watching likely already knew was that the character Julia, who was introduced last year, has autism, as explained in kid-friendly language by cast member Alan: “She has autism. … For Julia, it means that she might not answer you right away, and she may not do what you expect.” Whether you’re talking to a giant yellow bird or a typical elementary-aged kid, it can be difficult to explain autism simply and succinctly.

“Trying to explain autism spectrum disorders to anyone – children or adults – is tricky because it’s complicated,” says Dr. Sandy Burkhardt, a child psychologist with Indy-based Children’s Resource Group. “I say, if we can’t make it simple, let’s at least try to make it clear.”

That, experts say, means using age-appropriate language, not shaming children for asking questions and focusing on the importance of manners.

Save the technical jargon for the doctors. Instead, if your child asks about a classmate or cousin’s behavior, or if they’ve heard the word autism and want to know what that means, aim for language that’s developmentally appropriate.

“For a school-aged child, you could say, ‘He has autism. It’s not something you can catch; it is something that some people are born with. Autism affects how the brain works and can make it difficult for some people to talk, understand others, make friends or calm themselves down when they feel worried or stressed,’” says Kelly Ernsperger, a social worker and owner of Autism Counseling & Behavior Consultation on Indy’s northeast side. “For an even younger child, you might simply address their specific question: ‘Timmy flaps his hands because he was born with autism. When he is excited or stressed, he sometimes flaps his hands to help calm himself down,’” she says.

What you don’t want to do is to treat autism like a taboo subject that you simply don’t discuss, leading kids to draw their own – probably inaccurate – conclusions. It’s also important not to chide kids for asking you honest questions.

That’s where the emphasis on manners comes in, Burkhardt says. “If your child comes home and says, ‘Billy acts weird,’ you can validate their observations by saying, ‘Yes, it’s too bad that Billy had a meltdown because he didn’t like how the ketchup was on his hotdog,’ and you can instruct about the noted differences, saying, ‘Some people have big reactions to minor things,’” she says. “Then you can reiterate your family’s beliefs – ‘Our family is patient, our family is kind, our family believes that everyone is different.”

The goal, of course, is to promote empathy and to create the expectation that children will be understanding with those whose behavior might confuse them. “It’s important to teach compassion. Teach kids that rather than staring or judging, if they see a behavior that is different, to discuss their questions or concerns with a trusted adult,” Ernsperger says. “Parents can emphasize that the child isn’t acting that way because they’re naughty or bad; they’re just trying to manage something that’s hard for them.”

If you find yourself needing some guidance when talking to your child about autism, consider reaching for a book. There are many picture books that take on the topic in a way that’s easy to understand for kids (see sidebar). Just make sure to pick a story that mirrors your child’s experience – for example, reading a book about a child on the spectrum who doesn’t talk and does a lot of hand flapping may not hit home if the child with autism in your kid’s class is very verbal and social.

When it comes to talking about autism with kids, parents should keep it simple, encourage discussion and focus on their family’s values. Paula Butler, a Fishers mom of three, including an 8-year-old son with autism, sums it up nicely: “I hope parents of neurotypical kids explain autism with grace so that when the children of today come across someone who is different from them, they treat them with kindness and the respect they deserve. I also hope kids take the opportunity to get to know someone with autism because our kids are amazing!”

Books to help explain autism to your child

My Friend Has Autism, Written by Amanda Doering Tourville, Illustrated by Kristin Sorra